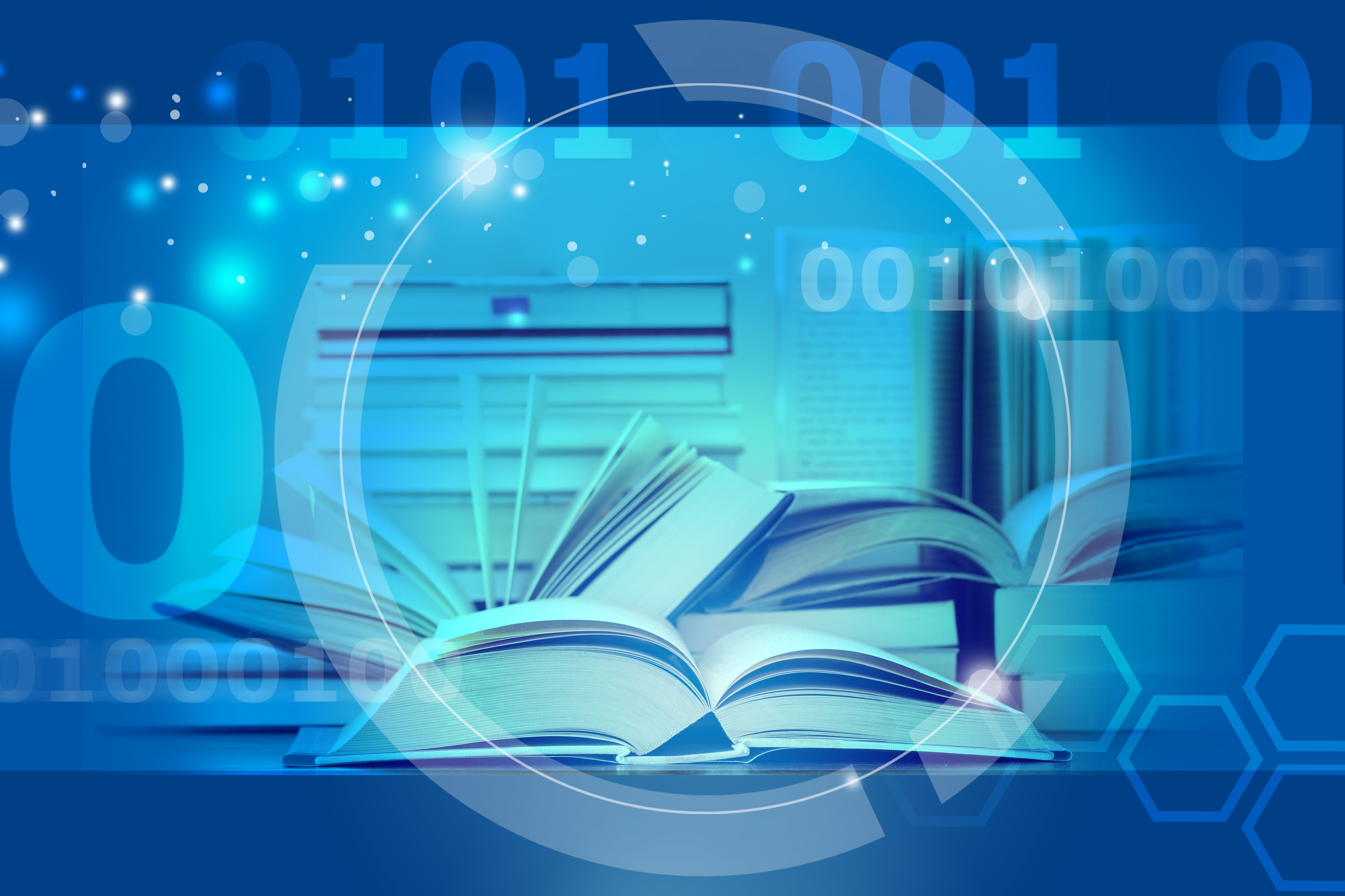 Literary scholars should follow the example of historians and create digital work to reach people colleges and universities have ignored, Will Fenton writes.

At least one form of digital humanities was missing from the “Varieties of Digital Humanities” session at the recent Modern Language Association convention in New York. It surfaced instead during Q&A, when an audience member asked, “Why haven’t the public humanities come up?”

This particular panel was well positioned to speak to the public possibilities of the digital humanities. Panelists had conducted public peer review, championed open access and run DH labs that facilitated collaboration. However, the questioner highlights an important point: the public mindedness of the digital humanities, measurable in the public availability of work once relegated to subject-area specialists, is often left implicit, despite the fact that it has consequences that are critically important for all of us in the humanities.

It’s time that digital humanists own their role as public humanists.

When I say digital humanists, I address in particular my friends and colleagues in literary studies. (Historians, by contrast, have carved out a generative space for public engagement in the field of public history.) The digital humanities provide literary scholars with a platform for various levels of public engagement, from access to inclusion to reinterpretation. Framing digital work as public work raises important questions, not just about what we do, but where and for whom we do it.

By public humanities, I advocate for what has been termed Local Digital Humanities, which connects digital work with nearby communities. Local engagement enables scholars to reach individuals who might have been previously ignored by their institutions, and it doesn’t require media training we might not possess. When we talk about some amorphous “public” — everyone and no one — we blur our task and our goals. What’s true for traditional publishing (and writing generally) is true for digital scholarship: audience matters.

A panoply of practitioners — tenured and untenured faculty members, librarians, and yes, graduate students — already use the digital humanities to perform such outreach. But you wouldn’t know that from the MLA convention schedule. Of the 66 panels pertaining to “digital work” identified by Beth Seltzer, just one explicitly connected digital projects with public engagement (“Activism in the Humanities: Digital Projects for Public Engagement”).

Literary scholars would do well to follow the model of historians, who recognize the value of public engagement. A cursory search of the program for the American Historical Association conference (which took place at the same time as this year’s MLA, in Washington) returns 80 matches for “digital history” and more 200 for “public history.” To those who respond that public history is a discrete field with employment opportunities, I would suggest that’s all the more incentive for literary scholars to aspire to “public literature.”

In Debates in Digital Humanities 2016, Sheila Brennan places the digital humanities in a lineage of public history (“Public, First”). Brennan stresses that making work available online is not the same as practicing “digital public humanities” or “public digital humanities.” She advocates for public engagement at theoutset: “Doing any type of public digital humanities work requires an intentional decision from the beginning of the project that identifies, invites in, and addresses audience needs in the design, as well as the approach and content, long before the outreach for a finished project begins.”

If digital humanists are serious about promoting access and inclusion, it’s not enough to make projects accessible. We have to ask, accessible to whom? And to what end?

Librarians understand the importance of community engagement. At an MLA panel on “Activist Infrastructures,” Vika Zafrin underscored that researchers need to know that records exist, and they need the means to access them. Digitization addresses the problem of access, but not awareness. To that point, galleries, libraries, archives and museums — gathered under the acronym of GLAM — are leading the charge toward community engagement by organizing and hosting public talks, curating public exhibitions and underwriting public digital humanities projects.

Digital humanists can choose from levels of public engagement, including access (making a project publicly accessible), reinterpretation (integrating public feedback into the life of a project) and inclusion (including a public at the outset of a project).

My current institution, the American Philosophical Society, has launched a Digital Knowledge Sharing initiative designed to promote community inclusion through the Center for Native American and Indigenous Research. Efforts like this create a working space between archivists, subject-area specialists and indigenous communities previously excluded from the processes of scholarly production. Bringing those communities back into the process through digital initiatives brings new records to researchers and begins the long, difficult work of building trust with historically marginalized communities.

While many of my colleagues in literary studies flock to GLAM institutions to perform research, too few embrace those institutions as partners for dissemination and project development. Digital humanists should continue to strengthen ties to GLAM institutions, which possess the records, the networks and the mission to cultivate respectful outreach to local communities.

English departments ought to celebrate digital projects that make literary studies relevant outside university gates (and MLA conventions). As reading is increasingly mediated through screens, we have a responsibility to meet the public where they read.

The most exciting digital projects enable readers to ask new questions of texts. For example, MLA presenters at the “Bicentennial Bits and Bytes” session discussed their Digital Frankenstein project, which will allow readers to compare different editions of Frankenstein to identify how the novel changed over its various editions or in relation to the genres of horror and science fiction. A variorum edition is nothing new, but here is one that will adapt to the interests of its reader.

In addition to serving individual fields, community engagement through digital projects is productive for the discipline more widely. Even projects that showcase techno-novelty can help convey the complexities of literature to a new generation of readers. We in literary disciplines want to see our fields create a sustainable pipeline — students, graduate students and faculty members — but realistically, we can’t do that unless we cultivate more enthusiasm among the general public for what literature can do.

History has many amateur historians. Literary studies ought to inspire more literary enthusiasts: people outside the academy who care enough about literature to pursue it on their own time. Today’s enthusiast is tomorrow’s ally. Literary studies — and the humanities more broadly — could use more allies. And American society could use a lot more of the skills we teach, especially close reading, source evaluation and the ability to place texts within contexts.

Community engagement can be difficult. Over the past couple of years, I have done my share of outreach from perches within archives and research libraries. I have been cornered by overly zealous Wikipedians and confronted by individuals with noxious political views. Addressing a skeptical and sometimes hostile public can be frustrating and sometimes threatening. To organize public events, even one as simple as a public reading group, is to confront vast inequalities and a dysfunctional public education system.

The digital humanities alone won’t fix these societal problems. Nor can higher education. But reaching out to local communities is a first step toward restoring a badly frayed social covenant — and DH offers one pathway forward.

This year’s MLA convention theme, “#States of Insecurity,” presages the need for public-minded digital humanities. A guard against insecurity is sustainability. Given higher education’s reliance upon public support (albeit a diminishing share), public perception matters. The removal of the “grad tax” from the recent tax legislation underscores the power of graduate students and faculty to affect public policy.

We have more work yet to do. There is no shortcut to restoring public confidence, but I am convinced that it begins well-intentioned humanists, working inside and outside universities, embracing digital work as public work.

Will Fenton is the Elizabeth R. Moran Fellow at the American Philosophical Society, a doctoral candidate at Fordham University and a columnist for PC Magazine.

About the Author: DH